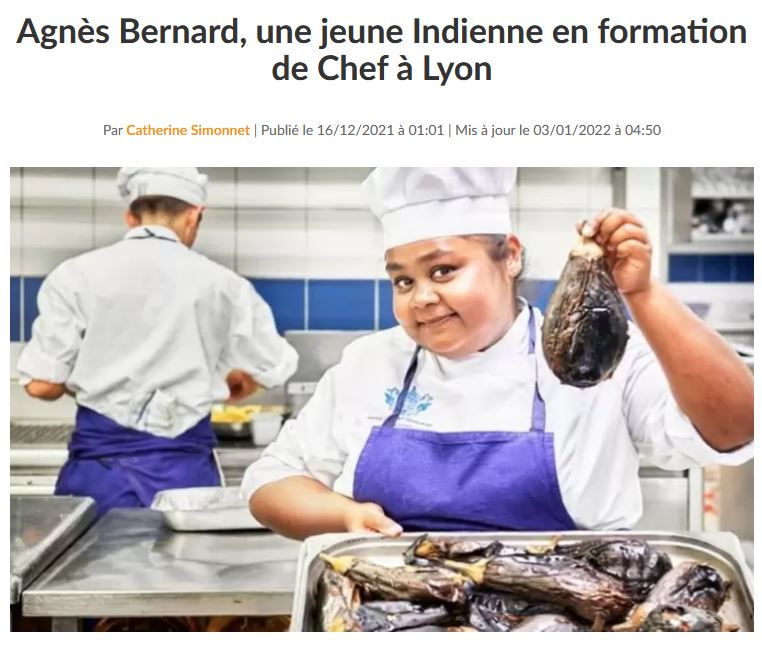 We are proud to present a former student of the Alliance Française de Lyon, Agnès Bernard, who has since become a trainee with top star chefs.

Originally from India, she was spotted by the Alliance’s Lyon partners (the Martins and the Claude Martin Foundation). Her French language journey began with a #AlliancefrancaisdeLyon scholarship, which allowed her to learn French for 12 months in our school before she joined this professional culinary school, giving her access to the greatest restaurants in Lyon and Europe.

In this article by Catherine Simonnet, discover Agnès’ testimony, who tells us about her experience at our school, her immersion in Lyon and the pleasure of studying French with our teachers, which was decisive in her very promising course. 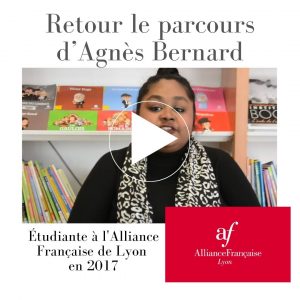