PITCH: “In charged of studies in a polling organization, Arthur  is a genious in statistics  and tries to color his monotonous everyday life with it. One day, he mixes up by mistake some results but nobody notices. Worse, his conclusions appear to be true. Aware of his power, Arthur will begin to play.”
DIRECTORS: Alexandre Pierrin & Olivier Marquézy
YEAR: 2018
GENRE: comedy
SEASON: 1
Watch the full TV show (free webserie available online) 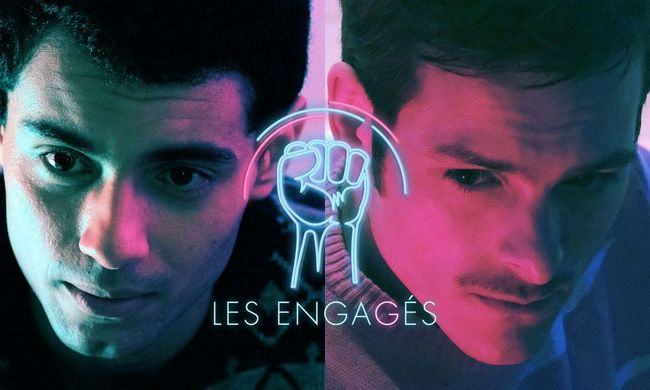 PITCH: “In Paris for 5 years, Loulou lives fully her life with her 3 best friends. She is 29, she is funny and spontaneous, she walks throught life unconsciously. She has not planed to get pregnant. This TV show talks about her – assumed – pregnancy, the matters caused in her life and her group of friends.”
DIRECTORS: Alice VIAL, Louise MASSIN & Marie LELONG
YEAR: 2017
GENRE: comedy
SEASONS: 2
Watch the full TV show (free webserie available online)

PITCH: “The artistical agency ASK has a great actors’ portefolio and manages their career. The sudden death of its president-fundator changes relationships and conflicts between the 4 main partners. In every episode, actors play their real part, in funny or realistic situations of the profesion. ”
DIRECTOR: Fanny Herrero
YEAR: 2015
GENRE: comedy
SEASONS: 3
Watch the 3rd season in replay for free (during 28 days)

PITCH: “In the French General Direction of External Security, the department called the Bureau des légendes drives the most important agents of French Intelligence: the clandestines. Their mission is to recrute information sources. Working in secret with their “légende“, they live with double identity during long years.”
DIRECTOR: Éric Rochant
YEAR: 2015
GENRE: drama, thriller
SEASONS: 4
Watch the TV show